Illustrations by Louis Darling, though my copy
has a revised cover by JoAnn Scribner. 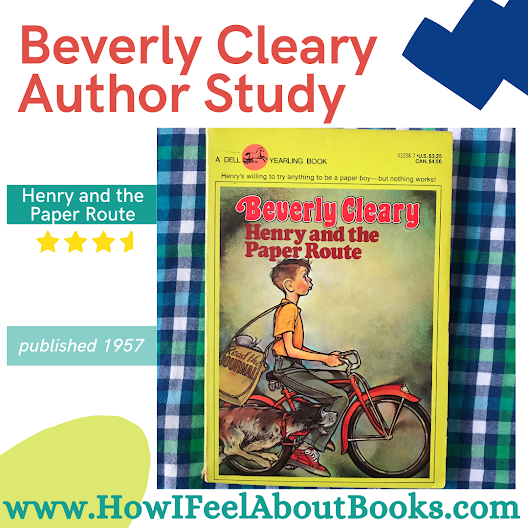 Henry has been filling in on Scooter’s paper route for a few books, but now he’s determined to get his own. However, he’s not old enough, so he has to wait. Or, in true Henry Huggins fashion, try to prove his worth. Except how can he, when four kittens need to be rescued and old papers need to be collected for a school drive?

A new boy named Murph moves into the neighborhood at the end of this book. Henry wants to become his friend, but Murph seems like a genius! He’s building his own robot and doesn’t have much in common with Henry, except that he’s also interested in a paper route...
Posted by Allison at 7:12 AM