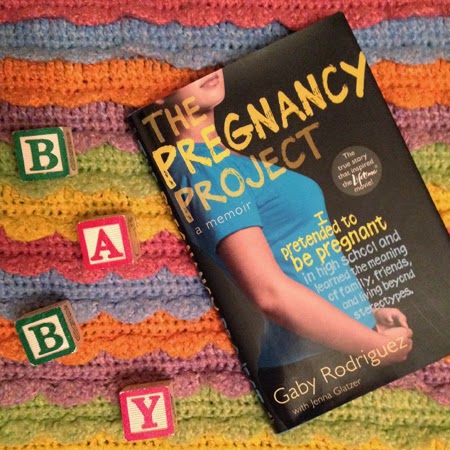 Plot Summary
Gaby Rodriguez was surrounded by teen moms. Her mother was one, her sisters became teen moms, and her brothers got their teen girlfriends pregnant. No one assumed Gaby would be any different, even though she always put school first, studied hard, and made good grades. She wanted to go to college and not have a baby holding her back from accomplishing anything she wanted in life. When she got a boyfriend in high school, people started making comments that she would end up pregnant. That didn’t happen. But because every student had to do a senior project, Gaby decided to pretend she was pregnant and see how people judged her and how the outlook of her future changed. She didn’t think ahead to what would happen when she told friends, teachers, and classmates that she had been lying to them for nine months…


Personal Response
I personally love social experiments. Adam Shepard’s Scratch Beginnings is one of my favorites for its uplifting message, and this book is on that list now, too. I think Rodriguez was really creative in picking this project, as well as brave for willingly doing something that she knew people would judge her for - and she had to listen to their comments! The writing was a little juvenile, but I think that will actually help this book have a wider audience. Young girls can read it, understand it, and take away a very important message.