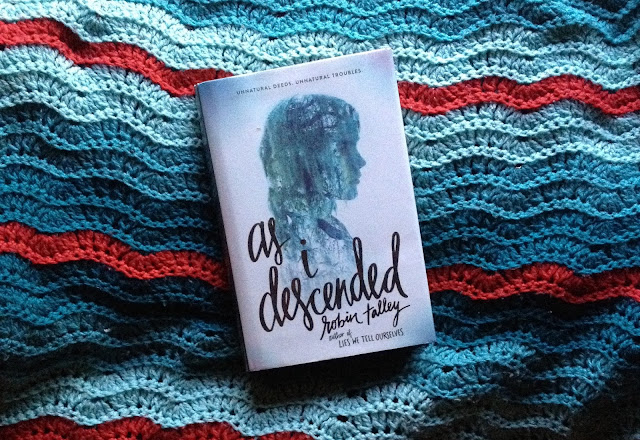 As I Descended by Robin Talley


Maria and Lily are roommates at Acheron, an exclusive private school on the grounds of an old Southern plantation. They’re also head over heels in love with each other, even though they’re keeping their relationship under wraps. Both girls want to continue their relationship in college, but the only way they can do so is if Maria wins the coveted Kingsley Prize - a scholarship that will let her attend the college of her choice at no cost.


Maria is second in the class, and Delilah, number one, is just slightly better than Maria in every way possible: more popularity, more extracurriculars, better grades. Even with all the extra credit in the world, Maria’s GPA won’t top Delilah’s.


So the girls have to get rid of Delilah. And they know no bounds.


Lily buys an old wooden Ouija board off eBay and holds a seance with Maria, whose belief in spirits was instilled by her Hispanic nanny. The girls use the board to open the door to the spirit world - then forget to close it.
This twisted retelling of Macbeth is delightfully creepy and unsettling. The atmosphere the story creates is dark and spooky, and the suspense builds while the reader wonders what havoc the spirits will wreak on campus next. The history of the slave plantation on which the school is built adds depth to the story.

I loved Talley’s first book, Lies We Tell Ourselves, but wasn’t sure what to expect from her supernatural book. I don’t usually read supernatural stuff, but since I love her writing style, I wanted to give it a shot. I’m SO glad I did. This is the ghost story to end all ghost stories. It’s a very literary, very beautiful book. I would read anything by Talley.

I also reviewed this book for Memphis Reads.
Posted by Unknown at 8:49 AM