Warren the 13th and the All-Seeing Eye

Warren the 13th and the All-Seeing Eye by Tania del Rio and Will Staehle is a fantastic middle grade book that will captivate all readers. There are gorgeous illustrations, an engaging story, and riddles, codes, and clues to involve the reader in the tale far beyond the words on the page. 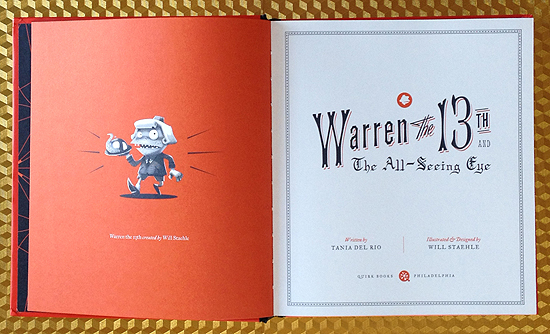 The Warren Hotel is in the middle of nowhere, and Warren has spent his entire twelve years there, just like all of the Warrens before him. The Warren used to be an upscale place to stay, booked months in advance. When Warren's father died five years ago, the hotel was left in the care of Uncle Rupert, at least until Warren the 13th came of age to care for the hotel on his own.

Until then, Warren the 13th basically acts as the sole caretaker, since Uncle Rupert is too lazy to do more than nap. Uncle Rupert's new wife, Aunt Annaconda, acts sweet to her husband, but openly despises Warren, banishing him to the top floor because she hates children.

A mysterious-looking guest comes to stay, and Aunt Annaconda is convinced the guest is searching for the All-Seeing Eye, a mysterious treasure hidden at the Warren Hotel. Warren thinks the All-Seeing Eye is a legend, but has to admit something strange is going on when more guests check into the long-empty hotel. Once Warren finds the code-laden diary of Warren the 2nd, he's roped into the quest as well. 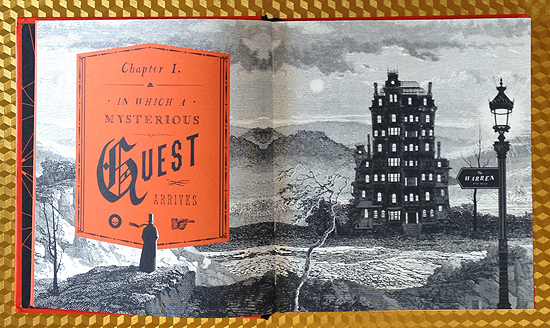 I loved this book because there was so much involving me in the story. The illustrations were breathtaking, and accompanied the action perfectly. The book’s layout is also engaging, such as the chapter headings reading differently at the top of each page, sections from others’ points of view being white text on black pages, and there being maps to search and codes to break to help Warren.

While I loved reading this book alone, I really look forward to reading it with my son when he’s older. I think this is a great read-aloud book for that in-between age when they might not want to ask you to read, but really want to hear a story. There’s so much that can be explored by two, making it perfect for a parent to share with their child. It is, of course, more than appropriate for a kid to read on their own. 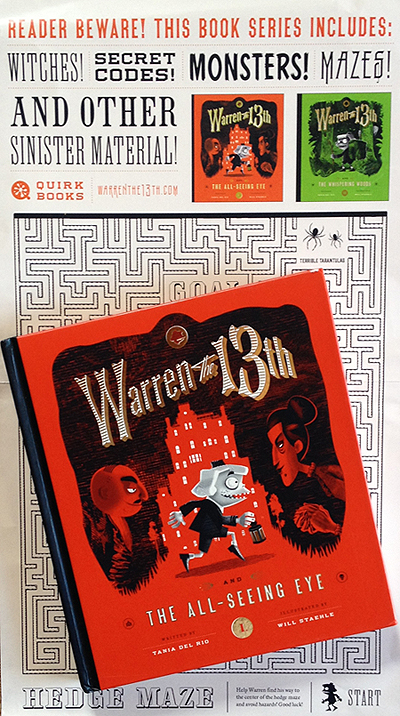 Disclaimer: I was sent a copy of Warren the 13th and the All-Seeing Eye by Quirk Books, but the review is my own.
Posted by Allison at 5:16 PM