Warren the 13th and the Whispering Woods 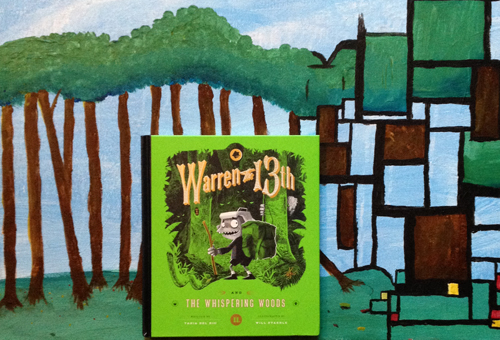 The Warren Hotel has been traveling for several months now, but exploring new terrain means Warren the 13th has to stay on his game to keep everything in tip-top shape, especially since the hotel is nearing the Malwoods. Witches and other dangerous creatures live there, so Warren needs to make sure he can change the hotel's path to ensure he doesn't put his hotel guests in harm's way.

But everyone wants a little bit of what the Warren Hotel possesses, whether it's the fame of the hotel itself, or someone staying inside it. And those villains aren't going to stop until they get what they want!

What is especially wonderful about this book is how Warren the 13th isn't the only "main" character - Petula and Sketchy get into their own troubles and really develop as strong characters. It's engrossing to have separate suspenseful storylines going on at the same time.

This book is just as gorgeous as the first, with green as the highlight color, compared to the first book's red. There are beautiful, expressive illustrations on every page; even the table of contents is no exception! 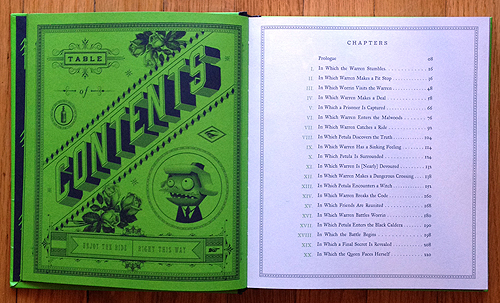 The graphic designer in me can't get enough of these beautiful books. They're so unique in look, layout, and story that I haven't stopped recommending it to kids (and adults, let's be honest). I love a lot of books and love to share those favorites with others, but this is one series that I am so eager to share with my son, because I know he's going to love soaking in the visuals and the story as much as I have. 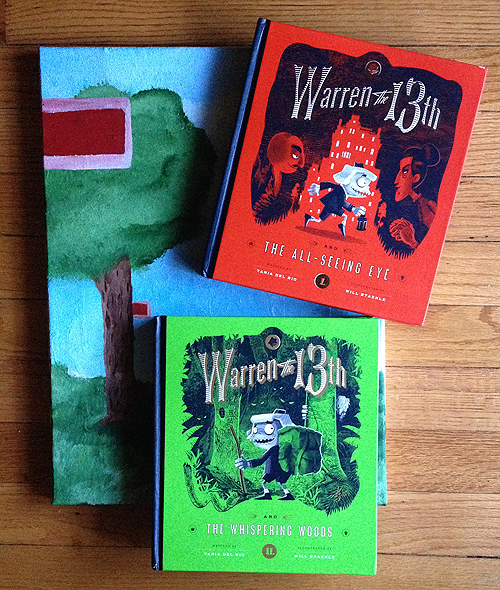 Disclaimer: I was sent a copy of Warren the 13th and the Whispering Woods by Quirk Books, but the review is my own.

Thank you to my husband (LightBoxArt) for letting me use two of his paintings as backdrops for book photos! They fit so perfectly with Warren the 13th!
Posted by Allison at 7:07 AM