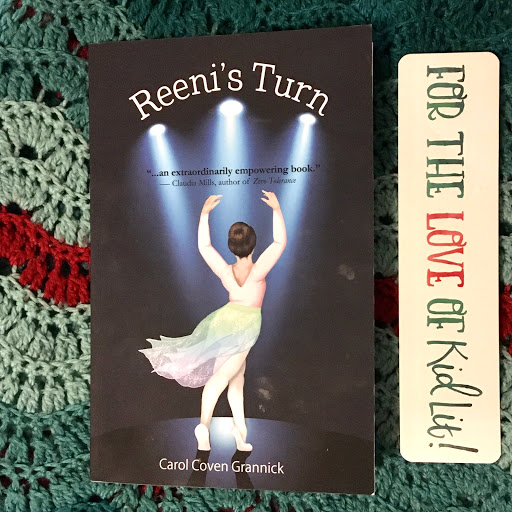 Thanks to @kidlitexchange and Fitzroy Books for sharing an ARC of this title! The book releases on September 13, 2020.

Reeni has been practicing ballet for years, but when her teacher picks Reeni to do a solo, everything changes. Reeni's sixth grade classmates are obsessed with looks, and when Reeni looks at herself, she feels too big to be a ballerina. Her friends convince her to diet, which leaves Reeni feeling emptier inside than she could have imagined. Her mother is against dieting, so hiding her eating habits has Reeni living a double life. Jules, Reeni's older sister, is a high school senior, but to Reeni, it feels like Jules is already gone. She feels alone and adrift and doesn't know who to turn to or how to act, torn between becoming who she wants to be or staying true to herself.

This novel in verse is concisely told to share what preteen girls (and often younger and older females, as well) go through as their bodies change and they try to accept who they are compared to who society wants them to be.