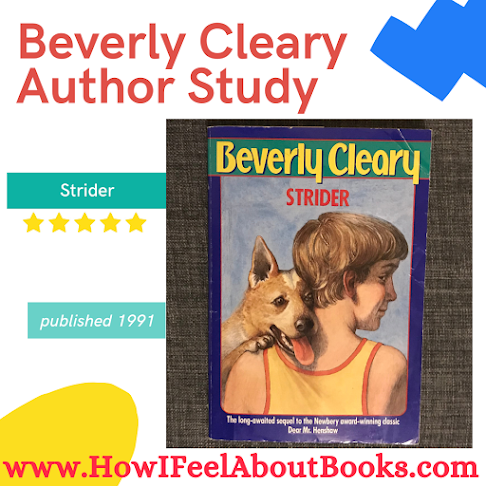 This book is the sequel to Dear Mr. Henshaw. I don't think I read this when I was younger. Honestly, Dear Mr. Henshaw was pretty dark for me as a sheltered kid. I don't think I was drawn to the character himself. I also had bad luck with dog books (see: Old Yeller, Where the Red Fern Grows) so I didn't try this one based on the cover alone.
It was nice to have a "new" Cleary book to read in adulthood. I love Leigh Botts now, so I was glad to read more about him and see how he's grown. I especially think the sequel was necessary because Leigh seemed really torn up about his dad in the first book, and now he's come to accept his life. I think that could be helpful to a lot of kids going through something similar.
Posted by Allison at 6:16 AM